Been a hot minute since we went full on mainstream with a 'masterclass' collection but I've been leaning towards the sweet soul and the magic of early Motwown as of late, so thought I'd take a moment to talk about the real Detroit muscle behind the infamous hit factory ... sir Smokey Robinson not only gave Gordy the idea to start his own record label, Robinson wrote for and produced most of the labels roster -- and of course, wrote for, produced and performed with The Miracles -- providing most of labels earliest hits, one way or the other. And Robinson continued to be a hit making machine in all three capacities with consistency for well over a decade and against all odds, re-established himself as a solo artist after his cherished time with The Miracles. Robinson was also upper management for Motwown for over 25 years and has been cited by countless musical 'greats' as one of the most influential artists of all time. A true living legend! 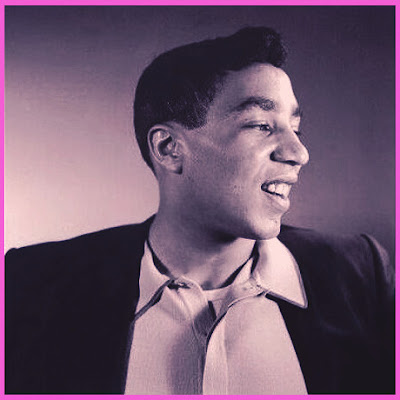 The group that would go on to became The Miracles was first formed in 1955 by five teenage friends from Detroit, Michigan, under the name The Five Chimes. Three of the founding members, Smokey Robinson, Warren "Pete" Moore, and Ronnie White, had been singing together since they each were around the age of eleven. The group, influenced by acts such as Billy Ward and His Dominoes and Nolan Strong & the Diablos, featured Clarence Dawson and James Grice in the original lineup. All of the group's original members attended Northern High School in Detroit but after Dawson quit the group and Grice dropped out to get married, they were replaced by Emerson "Sonny" Rogers and his cousin Bobby and changed their name to The Matadors. Coincidentally, both Smokey Robinson and Bobby Rogers were born in the same hospital on the same date (February 19, 1940), despite not actually meeting each other until they were fifteen. In 1957, Sonny Rogers left to join the United States Army and Claudette Rogers, his sister, who had been singing with the sister group the Matadorettes, joined them shortly afterwards, and in 1958, the group officially became The Miracles. Following nearly two years of courtship, Smokey and Claudette married in November 1959. The group auditioned for Brunswick Records in front of Alonzo Tucker (an original member of The Midnighters who had since left the group to join Jackie Wilson's management team), Nat Tarnopol (Jackie Wilson's manager) and one of the label's staff songwriters, Berry Gordy, who remained quiet during the audition. Tucker was unimpressed by the audition, stating that because there was The Platters that "there couldn't be two groups in America like that with a woman in the group." After the Tarnopol and Tucker rejection, Gordy followed them and soon agreed to work with the group after discovering Robinson's notebook full of songs he had written and having been impressed with Robinson's singing voice. Gordy recorded their first single, "Got A Job", an answer song to The Silhouettes' "Get A Job" in January 1958. Gordy shortly thereafter struck a deal with George Goldner's End Records to distribute the single. Before the song was released, the group changed their name to The Miracles, taking it from the moniker "Miracletones", with the "'Tones" taken out. After earning only $3.19 for his production success, Gordy was told by Robinson to form his own label, which Gordy did, forming Tamla Records in 1959. One of their first Tamla singles, the ballad "Bad Girl", became The Miracles' first song to chart on the Billboard Hot 100 Pop chart that October when it was licensed to and issued nationally by Chess Records. The next Miracles song, "It", was credited to Ron & Bill, in a duet between White and Robinson, and was released on Tamla and nationally picked by Chess subsidiary Argo Records. Following a dismal reception at the Apollo Theater in 1959, Robinson recruited guitarist Marv Tarplin to join them on a few touring dates after Tarplin played with the Primettes (later the Supremes), with Tarplin officially joining The Miracles shortly afterwards. This addition was the final element in making The Miracles' "classic lineup" complete. 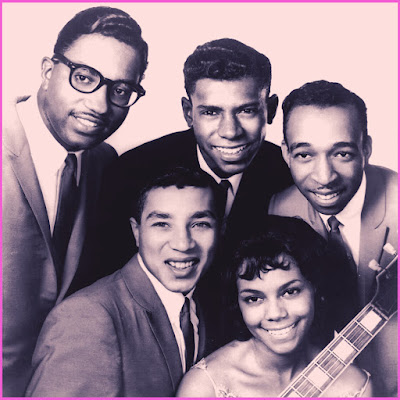 
Baby Come Close of course is a monster-sized package despite containing absolutely no post-70s recordings. What we do have here is Smokey's 20 full length albums with The Miracles through to 1972 and 9 solo releases bringing us to 1979. The first half dozen are souced from high quality mono remasters, while the remaining twenty something are sourced from high quality stereo remasters. Additionally I've included a custom GGCollection in the chronology ... 'I Like It Like That [Alternate Stereo Mixes]' pulls from several previously issued collections to present every alternate stereo version of recordings that had originally been released by The Miracles in mono only (1961-1964). All those albums can found RIGHT  HERE! And as per usual, I've also amassed a swath of material for a complete singles and rarities collection. Again, sourced almost entirely from remasters, this bundle contains the complete Miracles A's and B's through to 1972 in mono, Smokey's solo sides through to 1979 and it's interspersed with all the rarities from the Motown Unissued Series', the 35th Anniversary Collection, The Gold Collection, Ooh Baby Anthology and other various collections. And it's capped with a 45min interview/concert clip montage from 1980, in promotion of Smokey's Warm Thoughts LP (ironically not included in this collection). Get that one HERE! Finally, though twice-removed from Smokey Robinson, I've included the complete post-Smokey Miracles with Billy Griffin in an additional zip. This includes all eight LP's (six remastered), a Motown issued compilation and a customized complete singles and rarities collection by yours truly. Get it HERE! All files chronicled, cleanly tagged and mp3 @ 320kbs. Thanks to original uploaders, enjoy.