Second (and maybe third) thing first folks; another 10-15 re-ups have been added to the pile and much like the last round, many of them are some of the earliest collections posted here at Groovy Gumbo. As such, most will be a little rough around the edges in comparison to my more recent work. I hope and plan to revisit most of these someday for a redux, but who knows when that'll actually be!? Also, as previously mentioned, I've created a quick fix link for the re-upped Goodie Grab Bag series -- it's just above the re-upped compilations that some people still can't manage to find (... god bless them) -- and several volumes have been updated to include previously missing tracks. Thanks as well to USMAN47 for the Futures track, full re-up still to come.
Now, first thing last ... I'm excited to return to this series that is so near and dear to my heart. It's been over six months since the last installment, but Deep Dish Delicacies is back for the big 4 0 !! 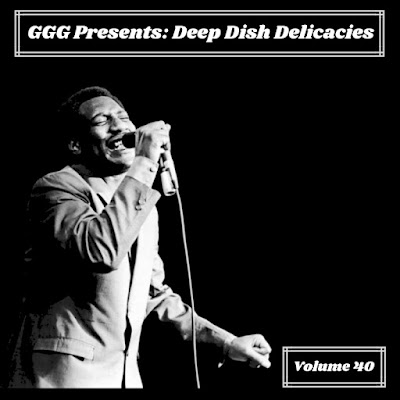 Bit of a stretch since the last post so thought I'd pad the re-up pile with a 20-stack this time around ~ we're getting there. Now, I suspect like me, most of you have noticed over the past several weeks, many of our usual (blog) haunts have been featuring a flurry of Philly soul gems; both hidden and familiar. However, I was a little surprised to see nobody put any real emphasis on one of my fav's -- The Futures -- who cover the spread sort of speak. One of the city's finest quintets but they just couldn't make it click, in terms of forging a promising career. As far as disco-soul goes, this group is actually quite palatable in my opinion and consistently had strong production. Sadly, they weren't properly supported by their label(s) and suffered dearly due to a lack of promotion. It's a near-miracle they managed to wax three albums to be honest. 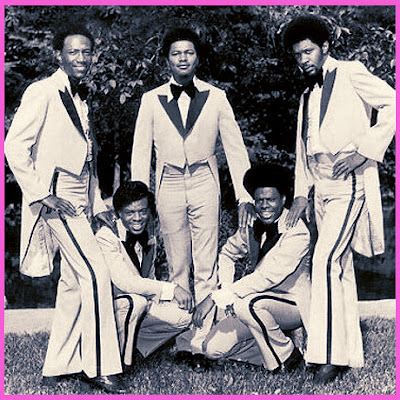 One of Philadelphia's finest groups; The Futures made good music, but Lady Luck refused to work her magic on them. Frank Washington, Kenny Crew, James King, John King, and Henry McGilberry emulated the Temptations and in the beginning, it worked well for them. Christmas came a few weeks early when Amjo Records released their first single late in 1970. After some decent local response, the single was re-issued by Avalanche Records just a couple months later. The next single, "Love Is Here," appeared on Kenny Gamble and Leon Huff's Gamble label in 1972. It was a lovely Gamble and Huff song featuring a soaring falsetto, McGilberry's deep bass, and weaving harmonies that sadly only got spot play in a few cities; The Dramatics recorded an inferior version on their 10 1/2 album. Furthermore, The Futures made a terrible career move when Gamble Records ended by signing with Buddah Records and missing a golden opportunity with Philadelphia International Records. Their first Buddah release, "(That's) The Way Of A Woman In Love" b/w "Grade A Woman," dropped in January 1974 to a deafening silence. The second single, "No One Could Compare" b/w "You Better Be Careful," also failed to register. As they wallowed in obscurity, The O'Jays and Harold Melvin & The Bluenotes bloomed on Philadelphia International and The Spinners and The Stylistics reaped the benefits of their productions. Buddah released The Futures' third single, "Castles," in June of 1975, which continued the string of flops. Followed by the debut full-length "Castles In The Sky" LP in the autumn, which didn't include the first two singles and its promotion was virtually non-existent. Barbara Mason wrote their final Buddah single, "We Got Love," prompting a poorly promoted tour with Philly's First Lady of Soul. Things looked bleak for The Futures, Buddah lost all interest (if they ever had any in the first place), and The Futures faded further into obscurity. A few years later the group reunited with Gamble and Huff in 1978 at Philadelphia International Records, but the company's glory days were over. The first release, "Part Time Party Time Man," an energetic dancer with a terrific vocal, never charted high, yet was their most successful single. Its delightful successor, "Ain't No Time for Nothing," was succeeded by three more singles, including "Mr. Bojangles." Philadelphia International released two albums by the Futures: 'Past Present & The Futures' and the obscure 'Greetings Of Peace'. Warped Records issued the final Futures' recordings in 1982: "Let's Get To It" b/w "Young & Tender" and "Angel In Disguise" b/w "Betcha Come Back." ~ Andrew Hamilton [allmusic]

Love Is Here purposely omits the last two 45s from The Futures because they're simply awful, but everything else is here and almost entirely sourced from remastered material. All files chronicled, cleanly tagged and mp3 @ 320kbs. Thanks to original uploaders, enjoy.

This one's probably more of a grower than a shower ... yeah, this one wanders a little but will get you where you need to go. Oh, and speaking of growing, check the re-up stack, another heap have been added! Close to half of the dead links (excluding those slotted for Redux) have been replaced within the past month and the rest should be as well within another month or so. However, I am currently neck deep in a personal project that will have me tied up for a few weeks so don't count on seeing any Redux Collections for at least a month. I'm still astonished at how many people remain oblivious to the QUICIK FIX options, but for those of you in the know, I'll be adding a new stand-alone archive for Goodie Grab Bags series soonish. For now, enjoy. 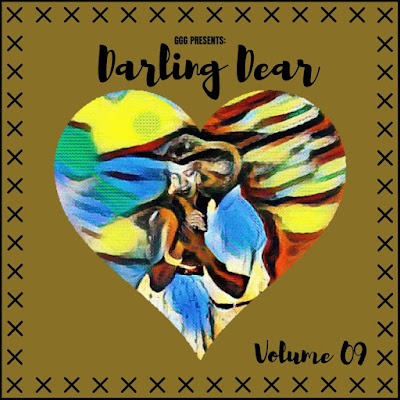 Here we have two terrific vocal groups out of Texas; The Van Dykes and The Commands. Also, I added a bakers dozen of fresh re-ups, and a reminder to access comps via the Quick Fix! 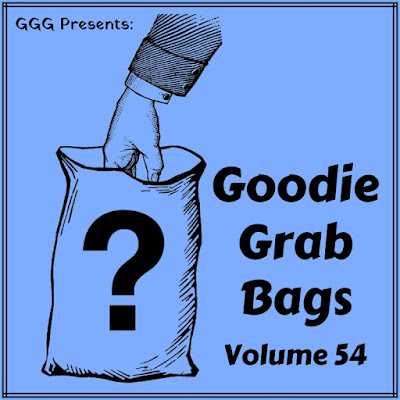