When A Man Cries

Here we have a relatively new find for me, and what a find it is! With only a handful of singles and a lone LP, Johnny Robinson holds his own along side his southern soul contemporaries and doled out some top-notch deep soul senders; taking some familiar standards to new heights. 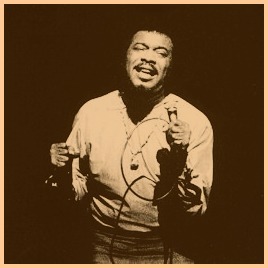 As is often the case with obscure but essential deep soul, the only site with any detailed information is the mighty Sir Shambling's so head on over THERE for a bio and breakdown of Robinson's brief but righteous body of work.

When A Man Cries collects the complete Johnny Robinson solo recordings. The debut 45 for Strike Records as 'Johnny R', the three 45s for OKeh Records and the Willie Mitchell produced LP, Memphis High. Also included is one of Robinson's two sides fronting Que Sunryse released in 1973. All files chronicled, cleanly tagged and mp3 @ 320kbs. Thanks to original uploaders, enjoy.

this is not the same guy who sang under the name prince
johnny robinson on PHIL L.A. and virtue,the philly singer is it young un?

At first I thought this was another unheralded, superb, soul singer, J.P. Robinson. But, different guy who apparently was also criminally under-appreciated. Many thanks for this one!

JP Robinson is great also, i should post his collection as well soon.

Thank you for this.

This is a find, S13. Thanks for sharing!