Not necessarily unheralded but certainly underrated and under-appreciated for his seminal soul/blues crossover contributions of the early 60s. While maybe not held in the same high regard as his contemporaries, Ricky Allen was no less a champion of soul, blues and R&B. 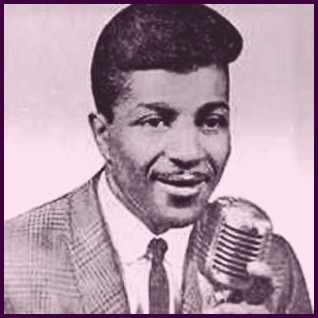 Allen was born in Nashville, Tennessee and began his singing career as a member of a church choir in his home town. He relocated to Chicago in 1960 and received a recording contract one year later at Age Records. He had a local hit with "You Better Be Sure" and in 1963, his hit "Cut You A-Loose" reached #20 in Billboard's R&B chart. Some of his recordings, such as "It's A Mess I Tell You" and "I Can't Stand No Signifying", portended the emerging soul-blues style of the 70s. After his retirement from the music industry in the early 70s, he ran a laundry and a limousine service. In 2001, he performed at the Mönsterås Festival in Sweden, and the following year at the Chicago Blues Festival. He died in 2005, aged 70.

Going Or Coming gathers the near-complete recordings by Ricky Allen. 19 of his 20 45s cut between the early 60s to early 70s for Age, USA, 4 Brothers, Bright Star, One-Way Records, among others. All files chronicled, cleanly tagged and mp3 @ 320kbs. Thanks to original uploaders, enjoy.

Have a few of his songs on some blues compilations. Great voice - really looking forward to this - many thanks!

Not enough known but a great talent. Thanks !

Thanx for this. I only had a few trax by him.

All new to me! Thanks!

Many thanks for this.

Thank You For Filling This Gap In My Records !

Many thanks for your work and please keep it going on

thank you, always grateful for input. will try and track down.

re: keep it to yourself, is it a re-recording or literally the same track just with an alternate name?

definitely not any time soon but certainly not out of the realms of possibility.

I got the information from Leadbitter / Slaven "Blues Records".Aurally it is the same track, though the labels at
discogs give 2:12 (Signifyin') and 2:25 (Keep It)!
2:12 is correct.

Many thanks for the recent uploads.

Here are copies from 2 different sources. The top one I recorded from a streaming site:-

Ricky Allen - Keep it to yourself (4-Brothers 402).mp3
https://www63.zippyshare.com/v/oNNBj4gG/file.html

Found these two too.

Found these two too.

Hallo,
I missed the Eddie Allen titles from Age 29119.
Can You please re-up then?
Regards & many thanks