Fresh Out Of Tears

It's not all too often when one can say that an artist with 4 one million sellers under their belt, got a pretty bum deal. However, when it comes to Joe Tex, it's the truth. Between his inability to chart for the first decade of his career and the multitude of negative ramifications from his rivalry with James Brown, the road to success was no easy stroll for Tex. Along the journey though, he managed to cultivate his take on Southern Soul into a hootin' hollering hotbed of high-energy rhythm and blues, funk, country and gospel soul. Think what you will but I'd far rather be stranded on a remote tropical island with my JT collection more than my JB collection. 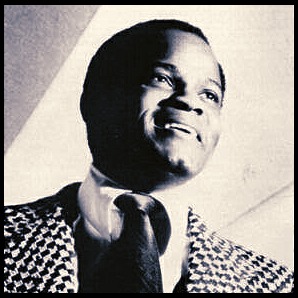 Born Joseph Arrington, Jr. in Rogers, Texas. He and his sister Mary Sue were initially raised by their grandmother, Mary Richardson after their parents divorced. Tex played baritone saxophone in the high-school band and sang in a local Pentecostal church choir. He entered several talent shows, and after an important win in Houston, he won $300 and a trip to New York City. Tex took part in the amateur portion of the Apollo Theater, winning first place four times, which led to his discovery by Henry Glover, who offered him a contract with King Records. His mother's wish was that he graduate from high school first, and Glover agreed to wait a year before signing him at age 19. Tex recorded for King Records between 1955 and 1957 with little success. He later claimed he sold musical rights to the composition "Fever" to King Records staff, to get money to pay his rent. The song's credited songwriters, Otis Blackwell (who used the pseudonym John Davenport) and Joe Cooley, disputed Tex's claims. Labelmate Little Willie John had a hit with "Fever", which inspired Tex to write the first of his answer songs, "Pneumonia". In 1958, he signed with Ace and continued to have relative failures, but he was starting to build a unique stage reputation, opening for artists such as Jackie Wilson, James Brown, and Little Richard. He perfected the microphone tricks and dance moves that defined the rest of his career. Many, including Little Richard, claim that Tex's future nemesis James Brown stole Tex's dance moves and microphone tricks. In 1960, he left Ace and briefly recorded for Detroit's Anna Records label, where he scored a Bubbling Under Billboard hit with his cover version of Etta James' "All I Could Do Was Cry". By then, Tex's use of rapping over his music was starting to become commonplace. In 1961, he recorded his composition "Baby You're Right" for Anna. Later that year, James Brown recorded a cover version, though with different lyrics and a different musical composition, gaining songwriting credit, making it a hit in 1962, and reaching number two on the R&B chart. During this time, Tex first began working with Buddy Killen, who formed the Dial Records label behind Tex. After a number of songs failed to chart, Killen decided to have Atlantic Records distribute his recordings with Dial in 1964. By the time he signed with Atlantic, Tex had recorded 30 songs, all of which had failed to make an impact on the charts. Tex recorded his first hit, "Hold On To What You've Got", in November 1964 at FAME Studios in Muscle Shoals, Alabama. He was unconvinced the song would be a hit and advised Killen not to release it. However, Killen felt otherwise and released the song in early 1965. By the time Tex got wind of its release, the song had already sold 200,000 copies. The song eventually peaked at number five on the Billboard Hot 100 and became Tex's first number-one hit on the R&B charts, staying on the charts for 11 weeks and selling more than a million copies by 1966. Tex placed six top-40 charted singles on the R&B charts in 1965 alone, including two more number-one hits, "I Want To (Do Everything For You)" and "A Sweet Woman Like You". He followed that with two successive albums, Hold On To What You've Got and The New Boss. He placed more R&B hits than any artist, including his rival James Brown. In 1966, five more singles entered the top 40 on the R&B charts, including "The Love You Save" and "S.Y.S.L.J.F.M." or "The Letter Song", which was an answer song to Wilson Pickett's "634-5789 (Soulsville, U.S.A.)". His 1967 hits included "Show Me", which became an often-covered tune for British rock artists and later some country and pop artists, and his second million-selling hit, "Skinny Legs and All". The latter song, released off Tex's pseudo-live album, Live and Lively, stayed on the charts for 15 weeks and was awarded a gold disc by the Recording Industry Association of America (RIAA) in January 1968. After leaving Atlantic for Mercury, Tex had several more R&B hits including "Buying a Book" in 1970 and "Give the Baby Anything the Baby Wants" in 1971. The intro saxophone riffs in his 1969 song, "You're Right, Ray Charles" later influenced Funkadelic's "Standing on the Verge of Gettin' It On". Tex recorded his next big hit, "I Gotcha", in December 1971. The song was released in January 1972 and stayed on the charts for 20 weeks, staying at number two on the Hot 100 for two weeks and sold more than 2 million copies, becoming his biggest-selling hit to date. Tex was offered a gold disc of the song on March 22, 1972. The parent album reached number 17 on the pop albums chart. Following this and another album, Tex announced his retirement from show business in September 1972 to pursue life as a minister for Islam though Tex returned to his music career following the death of Elijah Muhammad in 1975, releasing the top-40 R&B hit, "Under Your Powerful Love". His last hit, "Ain't Gonna Bump No More (With No Big Fat Woman)", was released in 1977 and peaked at number 12 on the Hot 100 and number 2 in the UK. His last public appearances were as part of a revised 1980s version of the Soul Clan in 1981. After that, Tex withdrew from public life, settling at his ranch in Navasota, Texas, and watching football games by his favorite team, the Houston Oilers. On August 13, 1982, he died at his home in Navasota, Texas, following a heart attack, five days after his 49th birthday.

The feud between Tex and fellow label mate James Brown took its origins allegedly sometime in the mid-1950s when both artists were signed to associated imprints of King Records when Brown reportedly called out on Tex for a "battle" during a dance at a local juke joint. In 1960, Tex left King and recorded a few songs for Detroit-based Anna Records; one of the songs he recorded was the ballad "Baby, You're Right". A year later, Brown recorded the song and released it in 1961, changing the lyrics and the musical composition, earning Brown co-songwriting credits along with Tex. By then, Brown had recruited singer Bea Ford, who had been married to Tex, but had divorced him in 1959. In 1960, Brown and Ford recorded the song, "You've Got the Power". Shortly afterward, Tex got a personal letter from Brown telling him that he was through with Ford and if Tex wanted her back, he could have her. Tex responded by recording the diss record, "You Keep Her" in 1962. In 1963, their feud escalated when Brown and Tex performed at what was Brown's homecoming concert at Macon, Georgia. Tex, who opened the show, arrived in a tattered cape and began rolling around on the floor as if in agony, and screamed, "Please - somebody help get me out of this cape!" Tex later claimed that Brown stole his dance moves and his microphone stand tricks. In a few interviews he gave in the 1960s, Tex dismissed the notion of Brown being called "Soul Brother No. 1", insisting that Little Willie John was the original "Soul Brother No. 1". Tex even claimed Brown stopped radio disk jockeys from playing his hit, "Skinny Legs and All", which Tex claimed prevented Tex from taking down one of Brown's number-one songs at the time. During a 1968 tour, Tex had the words "The New Soul Brother No. 1" on his bus, leading to people heckling him. Tex immediately took the name off the bus and had it repainted. Tex even offered to challenge Brown to contest who was "the real soul brother". Brown reportedly refused the challenge, telling the Afro-American, "I will not fight a black man. You need too much help." While Tex moved on from his initial feud with Brown, Brown reportedly joked, "Who?" in his Bobby Byrd and Hank Ballard duet, "Funky Side of Town", from his Get on the Good Foot album, when Ballard mentioned Tex's name as one of the stars of soul music.

Fresh Out Of Tears is the total Joe Tex package! All 18 LPs issued between 1964 and 1978, a damn near complete 45s collection (including over a dozen unissued recordings), plus the Charly R&B double vinyl compilation of other rare and unissued recordings between 1967 and 1975. All files chronicled, cleanly tagged and mp3 @ 320kbs. Thanks to original uploaders, enjoy.

What a fabulous work ! Thank you very much and merry Christmas !

Another Great Share
Happy Xmas To You And Yours
Cheers
Tel

Thank You for this amazing Christmas present!

All i can say is WOW! Thanks!!

S13 words are getting poor to express our gratitude. Merry Christmas to you and your beloved!

https://www.jazzdisco.org/atlantic-records/
Info musics ( not have in discogs,cd universe and others )

Thanks, I love Joe Tex and agree I would take him over James Brown any day. The wonderful humour and warmth his music give are uneqalled, Jimmy Lewis came closest with his amazing Hotlanta lp. I already have most this but am very grateful for anything missing and new to me.

Great compilation - many, many thanks! Tex had some contacts in my state, Louisiana. In the early 70s, he started to build a guitar shaped mansion in Baton Rouge, but the construction stopped due to design/money issues and the house was never completed. He also was a DJ on a N.O. radio station in the early 70s.

Thanks very much for this great bunch by one of these best black artists of all time. I'd also like to take this opportunity to thank you again for your fine blog, and to wish you a very Merry Xmas and all the best for 2019.

What a GREAT Christmas present! THANK YOU and Merry Christmas!!
PS I`ve searched for the missing tracks to no avail.

Ahh, GroovyGumbo, you do the best darn work! Who didn't love Joe Tex? I'm super happy to find this and will be dl'ing in a sec. But I wanted to run by here and wish you and the beautiful soul-spirit of Gusto a wonderful Christmas. May you be jumping for joy at the sound of great music and sitting around the table laughing for joy with a bounty fit for a king. How was that? Meant every word :)
Merry Christmas! XXXX

Thanks a lot for Joe.

for some reason vol 2 is damaged and the rest wont download..

the links are fine, refresh your browser or something.

Beautiful ! Christmas Again And Again... Joe Tex Was A Good Impersonator Too. Thank You And Happy Holidays !

THE LINK IS BROKEN
CAN YOU POST A NEW LINK PLEASE?
THANKS