Take Me As I Am

Hope you all got yer fill of willie's last week! As I might have mentioned, I got a new theme for my next several posts ... Who's Who Week will take a look at some soulsters who share more than just a love for the music, but who also share a name. It's already tough enough researching obscure and out of print music without artists names, alias' and pseudonyms further muddying the waters. I'm hoping these posts will connect the correct dots and draw some lines of distinction between different artists who's namesakes sometimes make it a bit difficult. First up ... the term unheralded gets tossed around quite a bit when it comes to soul music, and rightfully so in most cases. However, in this instance, it's  precisely the most appropriate way to refer to Freddie Hughes! With his tremendous tenor voice, Hughes should have been far better known. 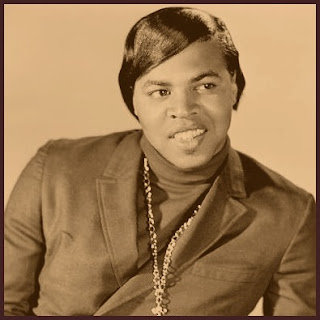 Born on August 20, 1943 in Berkeley, California. His parents moved to the Bay Area from Dallas/Fort Worth Texas. His father Fred W Hughes Senior worked as a longshoreman and his mother Lola Mae Anderson was a singer and missionary at the Church of God In Christ in Oakland. It was in this church where Freddie's qualities as a singer were noticed for the first time when he was only five years old. It took him a few more years, though, to have his first hit single. In his early years Freddie played in quite a few outfits including the Holidays, Five Disciples, The Markeets, Casanova Two, Music City Soul Brothers and The Four Rivers. Subsequently he played with quite a lot of musicians (including Lonnie Hewitt, Wylie Trass, Johnny Talbot to name a few) and recorded several songs with them. Some of these were released as singles or on albums and some have still never seen the light of day. Freddie started to play on Oakland's club circuit around 1955 and in 1957 he released his first 45 with the Markeets with whom he apparently released five more 45s and three albums on Melatone Records (I've yet to find any evidence of this though other than the 5yr release gap between 1957 and 1962). In 1962 Hughes formed The Four Rivers for Music City Records and they supported label mate Little Lynn; rather absent on the flip-side, however, Hughes's subdued yet distinct shrieks can be heard on the plug-side. Following it up with a smoking gospel tinged 45 late 62/early 63 for Josie Records. In 1964 Hughes accompanied The Music City (house) Band and released a pair of 45s as Music City Soul Brothers and a third, 'Do The Philly', as Music City All Stars. Leaving the Music City family in 1966 to form The Casanova Two, they released a pair of 45s for Early Bird Records in 1967. That same year apparently Hughes assumed lead vocals of The Fabulous Ballads and recorded an album with the group that was never released. One 45 from those sessions was issued by Bay-View Records. Later that year a one-off solo release was issued on Hipstar Records and the following year Hughes' only LP was issued on Wand Records. A few accompanying 45s followed and newly recorded 45 issued via Wee Records surfaced late in 1968. After four years of silence Hughes emerged once again with a pair of 45s with The Chevelles for Janus Records in 1972/73. Another four year hiatus and Hughes returned with disco/soul 45 for Greg-Uh-Rudy Records. Effectively, his final release though 20 years later he re-emerged with a few neo-soul and blues albums released between 1997 and 2008 as well as a return to live performances.

Take Me As I Am gathers everything that I could track down and confirm Hughes' participation in. 45s with The Markeets*, The Four Rivers, The Casanova Two, The Fabulous Ballads, Music City Soul Brothers (including a handful of unissued cuts) and obviously, his solo releases. All files chronicled, cleanly tagged and MP3 @ 320kbs. Thanks to original uploaders, enjoy.

*As mentioned above, there may be several more releases by The Markeets on Melatone Records (I only have one). If anyone can confirm this, or better yet provide them, I would be exceptionally grateful.

We Got More Soul ...Thanks To You!

Yes, he had a great sound that made one appreciate good soul, "tonight I'm gonna see my baby"

It's an amazing body of work you're constructing! Thanks again!

Thanks for the Freddie.

Nice one, Thank you
I have an addition for you Vitamin e - sharing (featuring Freddie)
https://www.youtube.com/watch?v=1AqIFPKTI84

Many thanks for this, yet another artist I was unfamiliar with.

Thank you for educating us for free!!!!

I thank you for this new collection.