I Won't Be Your Fool

This particular Joe Hinton was also known as Little Joe Hinton and also known as Jay Lewis and sometimes, just Jay. He was the co-writer of over a 100 songs, the biggest success being "Gotta Hold On To This Feeling" for Jr. Walker in 1970. Popular Soul Craft single for David Will, "Loneliness" was also one of his compositions. He also released one Motown single of his own, "Let's All Save The Children" and wrote with many of the house writers at the label. 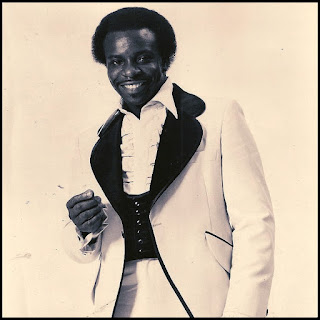 Initially recording as Little Joe Hinton for the Arvee label in 1961 and moving to Kent Records the following year, by 1963 he was in need of name change due to the minor success of Peacock/Back Beat's Joe Hinton. Changing his name to Jay Lewis, he cut a pair of 45s for Capitol Records in 1963 and followed it up the next year with a duet 45 for ABC, featuring his wife (record producer, DJ & singer) Zilla Mays. Signing with DRA Records in 1965, he had another pair of 45s under his belt by 1966. A lone single on Venture Records was issued in 1968 and then a few years of silence, surfacing again in 1971 on Motown subsidiary Soul Records. This time however, with the earlier passing of his contemporary, as Joe Hinton. Signing with the Hotlanta label in 1973, Hinton had a few singles with the label before calling it a day in 1975.  His voice on these cuts sounds very much like Willie Hutch. Most, if not all these sessions were recorded at the Sound Pit in Atlanta G.A. and engineered by Milan Bogdan. The Sound Pit studio was owned by Michael Thevis who was later convicted of crimes relating to his porn empire! Most of the Hotlanta recordings had been confiscated by the US government as they were allegedly funded by the porn business. For many years Jimmy Ginn & his son have been fighting a legal battle to gain rights to these songs after initially buying the tapes at an auction. Ace UK have put out four Hotlanta compilation CD's thus far having licenced them from G-M-G (Ginn Music Group).

I Won't Be Your Fool weaves together the tangled web that is (the other) Joe Hinton. All the fore mentioned 45s are included here as well an unissued track and 4 tracks released only in the UK. All files chronicled, cleanly tagged and mp3 @ 320kbs. Thanks to original uploaders, enjoy.

Thanks so much for the wealth of soul music you have posted this week!!

Fascinating story about the Ginn tracks. Love your narratives! Thanks again!!!

Thanx, That Just Clears Up The Confusion.I Always Thought They Were One And The Same
Cheers
Tel

Many thanks for this, and thanks to Anon for the EP.

As Good As It Gets ! Lookin' Forward To See All Those Goodies Gathered Together...There's Something I Can't Describe About That Particular Song "Shouldn't I Be Given The Right To Be Wrong" A Real Crossover 'Feel'.
Love You !

Thanks for the two Hintons.

zippy link is down any new link

I'm in the UK and Zippy is down

use a VPN and set to a different country.

it's really easy stuff. google search 'free VPN' for whatever browser/OS you use. and do a bit of reading.

Zippy been blocked in the UK

not if you do what i said above

Thanks for Joe Hinton - I Won't Be Your Fool another under appreciated artist with a great voice.Also thanks for the EP upload Mat U.S.A