Lost Without Your Love

Bobby McClure may not necessarily be considered one of soul music's greats, however, there's no denying his great contributions to soul music as both a recording artist and a mentor. 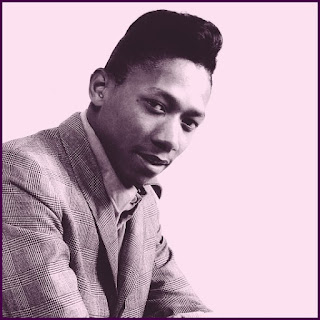 Bobby McClure was born on April 21, 1942, in Chicago, IL. By the time of his second birthday, his family had relocated to St. Louis, and by the age of nine, McClure had begun singing in church. His fine tenor voice quickly caught the attention of others, as he sang with several of the area's best-known gospel groups, including the Soul Stirrers, which Sam Cooke was singing lead with at the time. It wasn't long though until McClure tried his hand at singing other musical styles, including R&B and doo wop, honing his talents with such outfits as Bobby and the Vocals, drummer Big Daddy Jenkins' band, and singing in renowned bandleader Oliver Sain's outfit. McClure also took a pair of up-and-coming artists under his wing, Little Milton and Fontella Bass, who would both go on to successful music careers (McClure and Bass would eventually record a duet together in 1965, "Don't Mess Up a Good Thing," which was a U.S. Top 40 hit). During the 60s, McClure had relocated back to Chicago, where he worked with both Otis Clay and Little Milton, before moving to St. Louis, where he duetted with Shirley Brown and recorded a handful of singles for the Memphis-based Hi label. Although McClure would record a few singles during the 80s, for the most part, he turned his back on music, working as a corrections officer in an Illinois penitentiary. But he couldn't stay out of music for long, as he moved to Los Angeles to play with others and record. But McClure's career was cut short on November 13, 1992, when he died at the age of 50 from a stroke following a brain aneurysm.

Lost Without Your Love gathers the complete solo recordings of Bobby McClure, between 1965 and 1980. McClure's mid-late 60s singles for Checker, his early to mid 70s one-offs with Klondike, Cedric and Vanessa Records, the late 70s Hi Records singles and several unissued cuts. All files chronicled, cleanly tagged and MP3 @ 320kbs. Thanks to original uploaders, enjoy.

Thanks. I have an LP of his from 1988. It is called The Cherry LP don't be misled by the title on the folder. https://www48.zippyshare.com/v/sn1pgRca/file.html

mid 80's to late 90's soul is often a hard sell for me (even by artists I cherish) but I'm happy to check it out and sure some others here will be grateful for this addition. thanks kindly Moe.

Many thanks, much appreciated.

I share your atitude about 80s and 90s soul. Mostly cause of lame production and sound

as far as late 80s releases go, this isn't too bad actually.

that said, it does suffer from an overuse of drum machine and synth ... the great follie of late 70s to-mid 90s music in general, not just limited to soul.

Educational intro. Now for the music. Thanks, S13

I am grateful to you for this effort. Thanx.

Remembering Bobby on his birthday. Thanks for the great compilation.

Hi, I have his Japanese CD with loads of Checker material, will gladly send that if you want.

I have that one already, used it to amass this collection. thanks though and for the Geater single