What Can I Do

R&B and Soul has surely seen its fair share of unique and eccentric entertainers, but very few could hold a candle to the fantastic and flamboyant Bobby Marchan! Admittedly, I'm not a huge fan of his early offerings. However, his 60s soul cuts are of the highest caliber in my books. 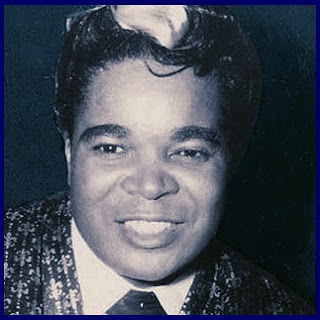 Born Oscar James Gibson, 30 April 1930, Youngstown, Ohio. As a teenager Marchan began working some of the clubs in his hometown of Youngstown, Ohio, as a drag comedian singer. By 1953 he was working in a troupe of female impersonators known as the Powder Box Revue, who came to New Orleans to perform at the Dew Drop Inn. He liked the city’s liberal attitude, decided to stay and accepted a job as MC at the Club Tijuana. There he was discovered by Aladdin president Eddie Mesner, who produced a session by Marchan at Cosimo Matassa’s studio in March 1953. This resulted in the single “Have Mercy”/“Just A Little Walk” (Aladdin 3189), followed in 1954 by a release on Dot (“Just A Little Ol’ Wine”), credited to Bobby Marchon. Next he found himself recording for Johnny Vincent’s Ace label out of Jackson, Mississippi. When Vincent signed him, he thought Marchan was a female artist. Bobby’s first single for Ace, “Give A Helping Hand”/“Pity Poor Me” (1955) was released under the name Bobby Fields, probably because Marchan was still under contract to Dot. These two songs were pure blues, but then rock ’n’ roll exploded and Marchan adjusted his style for the second Ace single, “Chickee Wah-Wah”/“Don’t Take Your Love From Me” (late 1956). Both songs were written by Huey Smith, who became a close friend. Smith and Marchan decided to form a group, Huey ‘Piano’ Smith and the Clowns, with Marchan as the lead vocalist. (Earlier Ace singles by Smith were credited to Huey Smith and the Rhythm Aces.) With Marchan’s distinctive vocals and pianist Smith’s boogie woogie stylings, the Clowns scored several hits in 1957-58 : “Rockin’ Pneumonia and the Boogie Woogie Flu” (# 52), “Don’t You Just Know It” (# 9) and “Don’t You Know Yockomo” (# 56). Huey Smith didn’t like touring and Marchan became the leader of the Clowns. As such his duties included rehearsing and hiring the vocalists, dancers and musicians. Other members of the Clowns at that time were Gerri Hall, John ‘Scarface’ Williams, Eugene Francis and Billy Roosevelt. James Booker replaced Huey Smith on piano during live performances. “He sounded like Huey, so nobody knew any better. Besides, most people thought I was Huey when we performed” (Marchan an in interview with Jeff Hannusch, 1983). It was Marchan who sang on the original version of “Loberta”, which became “Roberta” when Frankie Ford overdubbed his vocals (B-side of “Sea Cruise”). A 1959 single by the Clowns, “Rockin’ Behind the Iron Curtain”/“You Can’t Stop Her” was credited to Bobby Marchan and the Clowns, though Huey Smith still played piano on both sides. “Quit My Job”/“Hush Your Mouth” (Ace 595) was credited to “Bobby Marchan with Huey Smith and his band”. It was released in June 1960, but recorded two years earlier and the vocalist on “Quit My Job” sounds like someone else than Marchan. By 1960 Marchan had become dissatisfied with his situation. He felt he was sacrificing his own career in order to keep another artist’s name in the public eye. He left the Clowns and signed a solo contract with the Fire label in New York City, owned by Bobby Robinson. His first single for Fire, “Snoopin’ and Accusin’” was still very much in the Clowns style. Then came Marchan’s cover of “There Is Something On Your Mind”, a slow song, originally recorded by Little Sonny (Warner) with Big Jay McNeely’s band and a # 5 R&B hit in mid-1959. Marchan’s impassioned performance of the song was released as a two-part single and went all the way to the top of the R&B charts in July 1960 (also # 31 pop). Several other Fire singles followed, but Marchan could not repeat his success and would not see the charts again until 1966 when he scored a moderate hit with “Shake Your Tambourine” (# 14 R&B), on the Cameo label. By that time Bobby was an established soul artist, who had recorded for Volt, Dial and other labels. One of his Dial recordings (1965) was his own composition “Get Down With It”, which would later by recorded by Little Richard (for OKeh) and which also gave British glam-rockers Slade their first chart entry in 1971. Marchan renewed his association with Johnny Vincent, who attempted to reactivate his Ace label in 1974. Bobby had one release in the new Ace 3000 series (“What Can I Do”, originally recorded by Donnie Elbert in 1957) and helped produce a minor hit for Willie Dixon, covering Al Green’s “God Blessed Our Love”. Two years later Marchan was back in New Orleans, where he continued to record and to work as a female impersonator. In 1987 he recorded his last single, an update of “There Is Something On Your Mind”. Health problems in the 1990s began to limit his live appearances. After a long battle with liver cancer, Bobby Marchan died on December 5, 1999, aged 69.

What Can I Do is a damn near complete collection of Marchan's recording career up until 1977; 95 tracks (less one early side and a late 70s single). A few singles with Huey Piano Smith & The Clowns post-date Marchan's departure from the group but several sources and my ears believe these tracks were recorded years prior to their release and feature Marchan on vocals. As an added bonus I've included the 'Clown Jewels - Ace Masters 1956-75' album. More than 2/3's of this compilation is previously unissued songs and/or alternate cuts of previously issued recordings. All files chronicled, cleanly tagged and MP3 @ 320kbs. Thanks to original uploaders, enjoy.

It's nice to be able to give something back. Her is You Made A Fool Of Me by Bobby Marchan. https://www41.zippyshare.com/v/H1iHmRso/file.html

Thank you for this new fantastic work.
Thanks YankeeBoy for the complement.

Thanx For Another Fine Artist
Also Thanx Yankeeboy For The Addition

Thank you for all you do.

thanks. I'm aware but can't do much with that quality, or lack of. I need an actual rip or digital transfer to include.

Lots of new for me! Thanks!

Many thanks for all these great R&B recordings.

HEY GUMBO,
THE ROCKIN BANDIT HAS STOLEN YOUR KING SOLOMAN SHARE!
EVEN THE TITLE...

Funny style is on there

Great Favorite Mine Too , Though There Are Some Singles I Never Heard I'm Really Thankful You Are Sharing !

while I'll admit, an acknowledgement would have been nice, I take no offense really. RB doesn't own that music and neither do I.

I`ve had a major loss of my music but thanks to you keeping your links open,I`ve managed to salvage some GOOD stuff! THANK YOU for this and the previous times.Keep on keeping on!

Many thanks for this as well as the other indispensable comps you've assembled. Completists such as yourself are a boon to the rest of us music lovers!

Fabulicious...No other words describe the results of your hard work.My amazement continues. keep up the good work. Regards, Bob.