Sweet Things You Do

Though his recording career could be considered just "a flash in the pan", the flash was bright as the sun and the pan was just as sizzlin'! Jimmy Hughes surpassed so many of his contemporaries, simply, by quitting while he was ahead. No fall-short shots at cashing in on the disco craze or over-produced modern soul monotony from this monster of soul. His three LPs released between 1964 and 1969 are solid gold and just enough in my opinion. 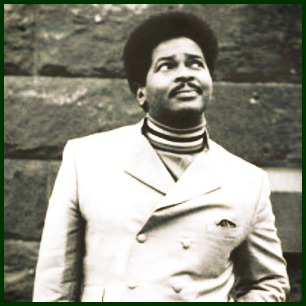 Hughes, a cousin of Percy Sledge, was born and raised in Leighton, Alabama, close to Muscle Shoals. He began singing in a gospel quartet, The Singing Clouds, while at high school. In 1962, he auditioned for record producer Rick Hall at his FAME Studios. Hall was impressed, and recorded Hughes on a song, 'I'm Qualified', that Hall had co-written with Quin Ivy. The record was leased to the Guyden label in Philadelphia, but was not a hit. Hughes returned to his day job at a rubber factory, and began singing secular R&B songs in local clubs. Early in 1964, he returned to Hall with a powerful ballad he had written, 'Steal Away', partly based on the gospel song 'Steal Away to Jesus' and recorded the song in one take, backed by the studio rhythm section of Terry Thompson, David Briggs, Norbert Putnam and Jerry Carrigan. Hall and his friend Dan Penn then promoted the record around radio stations in the South, and it rose to #17 on the Billboard Hot 100. The record has been cited as "a prototype not only for subsequent great soul singers such as Johnnie Taylor and Al Green, but also would help define the signature Muscle Shoals sound." On the basis of Hughes' record, Hall signed a national distribution deal with Vee-Jay Records for his FAME label. Hughes' follow-up record, 'Try Me' reached #65 on the Hot 100, and he recorded the full length album Steal Away, released on the Vee-Jay label, which included the first songwriting collaborations between Dan Penn and Spooner Oldham. Hughes also toured with Sam Cooke, Jackie Wilson, Bobby Womack and others. Hughes' next few singles were unsuccessful, as Vee-Jay Records diverted their attention to The Beatles and The Four Seasons and then folded. However, in 1966, after the success of Percy Sledge's 'When A Man Loves A Woman', Hall negotiated a new deal for his label to be distributed by Atlantic Records. Hughes returned to the charts with 'Neighbor, Neighbor' (#65 pop, #4 R&B), 'I Worship The Ground You Walk On' (#25 R&B) and 'Why Not Tonight' (#90 pop, #5 R&B), before moving to the Atlantic label itself with 'It Ain't What You Got' (#43 R&B, 1968). Early in 1968, Hughes moved to Stax Records, where his recordings were issued on the subsidiary Volt label. His first record for the label, 'I Like Everything About You' reached #21 on the R&B chart, but later records were less successful. At the time, Stax was undergoing a major reorganisation with new management and new artists. Although his records, including the 1969 album Something Special, were produced by label boss Al Bell, Hughes later stated that he felt like the "low man on the totem pole" at the label and became frustrated by what he saw as a lack of promotion. He also tired of touring and being away from his family, and in 1970 gave up recording and performing. He retrained and got a government job making parts for nuclear power plants in the Tennessee River Valley, in later years only singing as a member of the congregation of his local church in Leighton.

Sweet Things You Do is the complete Jimmy Hughes discography ... the Steal Away (1964), Why Not Tonight (1967) and Something Special (1969) albums alongside a complete 45s collection, including a whopping 22 unissued cuts from both the FAME and Stax camps. All files chronicled, cleanly tagged and mp33 @ 320kbs. Thanks to original uploaders, enjoy.

Very good, I have quite a bit by Jimmy Hughes and it's great to get more, especially the singles collection.

Another way under-rated artist that you have brought to light. Thank you.

Hi S13 thanks for bringing us the Jimmy gifts!

A great soul artist and singer. Thanks.