Can't Do Nothing Without You

Although he only enjoyed regional success during his brief recording career, this gritty New Orleans-based singer has remained a firm favorite of soul aficionados in the decades since. This is the delightful Danny White! 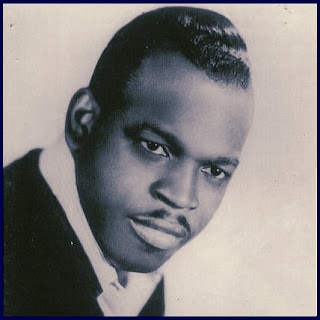 New Orleans native Joseph Daniel White worked with several local R&B acts during the 50s, including a stint with Huey Smith’s backing group the Clowns. He made his solo debut in 1961 with the Dot Records platter ‘Give And Take’/‘Somebody Please Help Me’. Over the next six years he recorded singles for Frisco, ABC-Paramount, Kashe, Atlas, Atteru, Unity, and Decca Records, performing tracks by up-and-coming songwriters such as Earl King, Isaac Hayes and David Porter, and Allen Toussaint. His two Decca singles, 1966’s ‘Taking Inventory’/‘Cracked Up Over You’ and 1967’s ‘You Can Never Keep A Good Man Down’/‘Kiss Tomorrow Goodbye’, were produced by the pre-Hi Records Willie Mitchell. All of White’s recordings were characterized by his raw New Orleans vocal style, which led to some success on the local charts but limited his wider appeal. Apart from a couple of late 70s singles for the Rocky Coast label, nothing more was heard of White as a recording artist. He died in January 1996 after suffering a stroke.

Can't Do Nothing Without You collects everything Danny White laid down during the 60s. All files chronicled, cleanly tagged and MP3 @ 320kbs. Thanks to original uploaders and Wikkid Pissa for the previously missing side, enjoy.

And to me but I trust your taste, many thanks!

Looks interesting, many thanks.

It's astonishing how great these unknowns are. Thanks to you we get to hear them. Have a good week, S13

another great collection of work s13,thanks for that,but ace/kent in uk has covered nearly everything he has done.
still find it hard to believe peeps on here have not heard of him or any of the other great artists...

your work is superb s13,thank you!
any chance of doing a Barbara Acklin and Frankie Beverly(solo not maze) collections please?
it would be great to get them all together..
carry on the Brilliant work!
number 1 soul site...without question!

Two unreleased Ace recordings (Too Late & Let's Play Pt. 1) can be found on: Huey "Piano" Smith And His Clowns - Havin' Fun - More Of The Best
(https://www.discogs.com/Huey-Piano-Smith-And-His-Clowns-Havin-Fun-More-Of-The-Best/release/3388375)

Here's your missing Danny White side