Tony Borders is a relatively obscure (at least on a national scale) Southern Soul artist who, nevertheless, recorded rather prolifically in the late 60s/early 70s for Muscle Shoals producer Quin Ivy, without ever achieving a national hit, either on the Billboard Pop Hot 100 or the R&B charts. 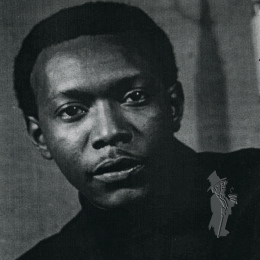 The mysterious Tony Borders was the most prolific of the artists that Muscle Shoals producer Quin Ivy recorded; apart of course from the great Percy Sledge. And it is on those sessions that Borders’ reputation as a first class southern soulman is based. A further tribute to his abilities is the fact the Ivy was able to lease out so much of his product. When he started out, his early material was definitely country-tinged, as you can hear on cuts like Get Yourself Another Man, Counting On You, Stay By My Side, Can't Stand To See You Cry, and Soft Wind, Soft Voice, released by labels such as Delta and Hall, you will hear that he might have made a name for himself in Country Music had he chosen to go that route. But Soul was his first love, and when handed the right material, he was very good. Unfortunately, the labels he worked for were limited in their ability to promote him on a national scale. His early work is, frankly, not his finest efforts but in direct contrast, every single he cut at Muscle Shoals is essential to any self-respecting southern soul fan. Sadly, for whatever reason, after Quin Ivy threw in the towel Borders didn't record again.

Thank you so much for this post as well as your wonderful blog, time and dedication!!!
It's always a great pleasure to come and visit!

How's it going, S? More rare soul from you. Much appreciated.

Another artists I'm not familiar with. As always many thanks for your interesting comps of rare black music.

Very nice ! Thank you very much !. I discovered him via the Sweet Sounds Of Muscle Shoals' collection on Charly Records. He is a great singer that I appreciate a lot.

Nice Surprise . I Didn't Know About Those 10 Unissued Sides.
Thanks A Lot !

oh nice one. thanks kindly Luc.

i always search youtube as a last ditch effort but no wonder i didn't find it. who the hell takes the effort to upload a vinyl rip with label art but not name it accurately (or even close for that matter)? lol thanks again!

Can you re-up... the link doesn't open the rar with the tracks. Thanks :)

the link is active and the zip unpacks fine. not sure what you're doing wrong but quit it, do it right ;)

Ignore my previous comment... my Proxy Server was being a difficult problem. The link works fine!