It's Such A Sad Sad World

Here we have a sporadic and bittersweet recording career from an unsung hero of R&B. Sir Lattimore Brown might have been one of the most fantastic deep soulers out there, if not sadly plagued with an epic series of misfortunes. 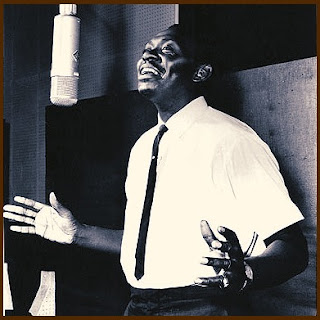 Here's a short version...
Born 1931, raised by sharecropping grandfather.
Returns from Korea and Vietnam to find wife pregnant with another man's child.
Opens club in Dallas ... with silent partner Jack Ruby. Ruby kills Oswald.
1966: signed to Otis Redding's touring agency RedWal. Redding dies in plane crash.
Remarries in Knoxville, but she dies after heart surgery.
Remarries in Little Rock, but she dies of lung cancer.
1974: riots at his gigs by fans of another artist named 'Latimore'. Southern mafia puts out contract on him because of concert mix-ups.
No royalties from compilation record This Is Lattimore's World.
All Music Guide announces his death in the 1990s.
2005: badly injured by Hurricane Katrina, wife dies of heart attack soon after.
2007: stabbed and robbed in his trailer home.
Dies March 25, 2011. Struck by car in Pensacola as he was crossing the street.

It's Such A Sad Sad World collects the complete recordings of Sir Lattimore Brown between 1960 and 1975. 34 issued sides with Zil, Excello, Dutchess, Sound Stage 7, Renegade and Ace Records and 2 unissued (at the time) tracks that appeared on the 1977 compilation 'This Is Lattimore's World'. Some of these offerings aren't anything too special but when Lattimore is firing on all cylinders, he's absolutely incredible. All files chronicled, cleanly tagged and MP3 @ 320kbs. Thanks to original uploaders, enjoy.

excellent
thx so so much
RV

Cheers For The Collection.
WOW That Was One Unlucky Dude

This is a great collection. Thanks, S.

How, how, how....do you keep doing it? An amazing post in it's entirety. Can't wait to dive deep into all of it. Thanks so much.

the first time you asked, i took it for a rhetorical question.

a few factors i guess ... first off, most collections i've posted were (for the most part) put together before I started this blog. I work from home, live at a computer and have an itchy google finger. I also do not spin my vinyl, i listen to digital files which allows me to cover a lot more ground in less time. i'm also near-ocd levels of meticulousness by nature and enjoy that part of the process as much as listening to it. lastly, love ... i'm pretty passionate about this and am really glad i found an outlet to share with some like-minded enthusiasts. you're very welcome btw :)

Thanks for this interesting collection. Reading what you have written about him here the poor dude really got a bad deal in life, losing wives and getting stabbed and finally knocked down by a car. A sad story!

The Blues & The Soul Of A Man Get Hand In Hand As Usual. Another Magnificent 60's R&B Singer. Thanks Again !

Thanks for the continued great work!!

Well, I can understand the mechanics of it but it's underwritten by your passion for the music. Lucky you and of course us! We both benefit by it all and your generous nature. Thanks for all of your work!!!

the link is active. check your firewall/browser security settings if it's not working on your end.

To-day, it's working! Great ! I'll add a comment when Ilisten to this comp. Thank you

Thank you again for this great job. It's a pity Sir Lattimore was absolutely unknown in France at that time (at least, I never heard about him at that time)

Just discovered Sir Lattimer. Thanks for the excellent compilation.Regards, Bob