Cry Me A River

The competition for my second favorite female soul vocalist is both vast and fierce but the number one spot is a no-brainer! It belongs to the incredible Bettye LaVette. Sure, there are plenty of ladies with greater octave range, larger catalog's and considerably more chart success but Bettye's voice gets under my skin like no one else's. This is one of the first collections I ever wanted to post but couldn't find an audible version of one song despite searching often for well over a year. I recently rectified that and am so very pleased to finally share this collection. 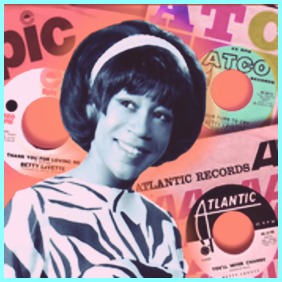 LaVette was born in Muskegon, Michigan and raised in Detroit. Unlike many of her contemporaries, she did not begin singing in the church, but in her parents' living room, singing R&B and country and western music. She was signed by Johnnie Mae Matthews, a local record producer. In 1962, aged sixteen, she recorded a single, 'My Man, He's A Lovin' Man', with Matthews, which became a Top Ten R&B hit after Atlantic Records bought distribution rights. This led to a tour with rhythm and blues musicians Clyde McPhatter, Ben E. King, Barbara Lynn, and then-newcomer Otis Redding. She next hit the charts with 'Let Me Down Easy' on Calla Records in 1965. This led to a brief stint with The James Brown Revue. After recording several singles for local Detroit labels, LaVette signed to the Silver Fox label in 1969. She cut a handful of tracks, including two Top 40 R&B hits: 'He Made A Woman Out Of Me' and 'Do Your Duty'. The Memphis studio musicians on these recordings have since become known as The Dixie Flyers. In 1972, she signed once again with Atlantic/Atco. She was sent to Muscle Shoals Sound Studio in Alabama to record what was to be her first full-length album. Titled Child Of The Seventies, it was produced by Brad Shapiro and featured the Muscle Shoals Rhythm Section, now known as The Swampers, but Atco chose not to issue the album. The mid 70s saw a brief stint and two 45s with Epic, and in 1978 she released the disco smash on West End Records 'Doin’ The Best That I Can'. In 1982, she was signed by her hometown label, Motown, and sent to Nashville to record. The resulting LP (her first album actually issued), titled Tell Me A Lie, was produced by Steve Buckingham. The first single, 'Right In The Middle (Of Falling In Love)' hit the R&B Top 40. She briefly gave up recording for a six-year run in the Broadway smash Bubbling Brown Sugar, appearing alongside Honi Coles and Cab Calloway. Fast forward roughly fifteen years, after LaVette had played her own personal mono recordings of Child Of The Seventies for Gilles Petard, a French soul music collector, he sought the master recordings at Atlantic, whose personnel had previously thought they had been lost in a fire some years back. In 1999, he finally discovered the masters and then licensed the album from Atlantic and released it in 2000 as Souvenirs on his Art and Soul label. At the same time, Let Me Down Easy - Live In Concert was issued by the Dutch Munich label. Both albums sparked a renewed interest in LaVette and in 2003, A Woman Like Me (produced by Dennis Walker) was released. A slough of awards and further albums followed in the coming decade and a half, with her most recent released just earlier this year. However, the focus of this collection is the less blues-laden earlier portion of LaVette's career.

Cry Me A River assembles a complete and chronicled career retrospective from 1962 to 1984, including both issued and unissued recordings. Most of this material has been re-issued in the past two decades and is easily available, with the exception of the Karen Records singles and a couple one-offs. All but these few offerings were sourced from FLAC. I did my best to clean up the less desirable tracks, all files cleanly tagged and exported as MP3 @ 320kbs. Thanks to original uploaders, enjoy.

Nice to have all this in one place. Thanks!

Many thanks for this great comp by a great Soul/R&B artist.

Many years ago a group of collectors around the world
(including myself),
put together a 3 CD set of all Bettye's vinyl issues.
One contributor went from Newark to her home
to present it.
Within a year he married Bettye

I don't have enough chapeau's. Thank you.

How on earth do you find the time to research,collect,collate and post this phenominal amount of GREAT music? I`m staggered and VERY GRATEFUL!!
THANK YOU for all your efforts!

Awesome. thanks a lot for this and the incredible work that you hve done. Much appreciated.

Great stuff, I had been working on the same thing.

My original post had some minor discrepancies with dates, tags, track listings and was missing a couple sides. New and accurate links are now up! Much thanks to Bettye's hubby for clearing that up for us.

This whole site is amazing! Love Bettye - these earlier sides and also the more recent stuff. Thanks so much for sharing.

Volume 1 is dead again. A new link would be very appreciated. Thanks.

you asked at a good time. just replaced it ;)

Now it seems as if part 2 is dead - is it possible to replace it? Thanks so much!

Part 1 is now dead. Any chance of a new link?

Part 2 is now dead. Any chance of a new link? Please

Thank you very much // Roffe

On the Pt 2 Zippy link I'm getting a "This file does not exist" mesaage...Pt 1 worked fine...thanks for this

pt 2 link has been replaced now

Part 1 appears to be dead. can you please bring back to life again?
Thank you so much for such a wonderful collection. Your site is simply amazing.

both links have been replaced

Any chance of a re-up on the first link? Thanks!

both links now replaced with a single link that has a 3 yr shelf life.