I Can't Keep From Crying

Here we have an unsung hero of R&B. Larry Birdsong has been described as "a very versatile singer, who recorded blues, doo-wop, jazz, gospel, rock n roll, smooth crooning and soul." 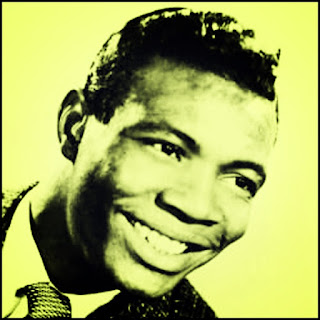 Lawrence E. Birdsong was born in Pulaski, Tennessee, into a musical family; all his brothers and sisters also sang. As a teenager, he was sent to Pikeville Reformatory School, but was discovered by Nashville music promoter Ted Jarrett, who later claimed that he managed to secure Birdsong's release from probation by signing him to a recording contract for Excello Records. He first recorded with Louis Brooks and his Hi-Toppers in 1955, and his second record, 'Pleading For Love', reached #11 on the R&B chart the following year. Birdsong then recorded for the Calvert label owned by Jarrett; one of his records, 'Let's Try It Again', was leased to Decca Records without success. In 1957 he signed to Vee-Jay Records, together with another of Jarrett's proteges, Gene Allison. Although Allison found some success, Birdsong's records for Vee-Jay failed to sell. After he left Vee-Jay, several of his earlier recordings were issued by Jarrett in 1958 and 1959 on another of his labels, Champion Records. In 1961, Birdsong recorded some smokin' singles for the Home Of The Blues record label in Memphis, where he was produced by Willie Mitchell. On some recordings his backing group was credited as the Larryettes. However, commercial success still eluded him and he did not record again until signing for the Sur-Sound label owned by Red Wortham in 1966. In the late 1960s he recorded for the Ref-O-Ree label, again owned by Ted Jarrett. From here, Birdsong fell into obscurity only to surface again in 1981 with an awful gospel record. Birdsong passed in 1990 at age 56.

I Can't Keep From Crying collects the breadth of Birdsong's recordings from 1955 to 1969. Largely sourced from FLAC, all files chronicled, cleanly tagged and mp3 @ 320kbs. Thanks to original uploaders, enjoy.

Keep Comin' Your Choices. Love It !

Very good, thanks very much.

Another education coming! Thank you!