We most often associate 'Girl Groups' with the 60s and rightly so. However, one of the first and finest emerged in 1957. The Chantels were formed by Arlene Smith and four childhood friends who sang for a church choir together in the Bronx. Most well known for early chart topping single 'Maybe' which is commonly regarded as a definitive song of the genre and like the near entirety of their early efforts was penned by Smith. 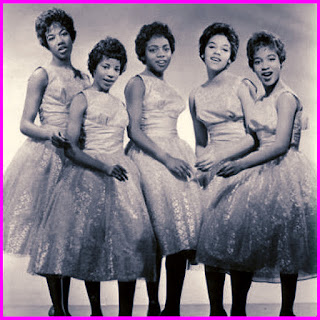 Arlene Smith convinced the group to audition for Richard Barrett in 1957 who immediately signed The Chantels to End Records where the ladies laid down over a dozen 45s, 2 EPs and 2 LPs between 1957-1961. Several other hits came out of these recordings but none ever touched the success of 'Maybe' unfortunately. End Records terminated their contract and Arlene left the group. In 1963 The Chantels enlisted Anette Smith (no relation to Arlene) on lead vocals and released a few 45s with Carlton Records but were dropped the following year and quickly relocated to Ludix Records with Sandra Dawn taking over lead vocals. There the group experienced success with the single 'Eternally' but were unable to follow it up with anything substantial. A couple years later they resurfaced with a 45 on 20th Century Fox, 2 with Verve Records the following year and a final 45 on RCA Victor in 1970. Not sure who is singing lead on these 4 final singles and frankly, I don't really care as they're pretty weak in comparison to previous efforts. Arlene Smith did re-form another version of The Chantels with entirely new members in 1973 and preformed with them well into the 80/90s.

Hi S13, Thank you very much for the re-up and the added tracks, really appreciate it - Cheers and stay well.