Little is known about the origins of The Sensations. 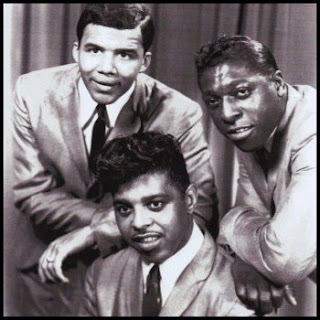 Believed by some to be from Michigan, believed by others to be from Ohio, where they recorded with short lived and constantly struggling label, Way Out Records. The Sensations were the label's lead act and cut more sides than any other artists on the roster. 12 sides total between 1966 and 1969, displaying a pretty wonderful array of R&B and Motown(ish) Soul despite such minimal output. I get a real Four Tops feel from this group and that's a good thing in my books. If they had had a more competent label backing them, I suspect they would have soared to great heights instead of fading into obscurity. I probably never would have heard of the Sensations if not for the Numero Groups 'Eccentric Soul Series' which makes 2/3's of their material available and I was able to find the remaining 4 sides to complete this great little collection.
This one's super short but super sweet, enjoy!

Hi,
Group began in Albion, Michigan where Simmons and Washington were both born.
See http://www.numerogroup.com/artists/the-sensations for more of story
Cheers

Thanks for this. Gonna Find Myself Another Girl is a killer of a track and the whole set hangs together really well!

Thanks for this and for all you do!!!!

hey young fella,
any chance of a johnnie mae matthews
discography..please?..as nobodys ever done one!
keep up the splendid work.

TYVM for this less known group. Good vocalists.They deserved to be better known

thanks kindly for a more trust worthy info source DC!!!

been working on one actually but am still short a bunch of songs. if you have any of these, maybe we can piece one together between us old fella ;)

half of these are on this comp but it won't stream in my country so I can't capture the songs and I can't find a physical copy anywhere.

sorry young fella these are tough
to find...looked everywhere like you.
i cant access spotify either
shame ...