Guilty Of Loving You

Born Mildred Pullman and raised in Missouri by a church going, gospel singing family. Mildred grew up singing gospel and first sang solo in her church at the tender age of 6. In the late 60s Mildred was singing for rock group The Decisions and was encouraged by local radio station owner Larry Robinson to start a solo career in R&B music. Robinson in fact, won her a contract with Stax Records in 1971, and she took the stage name of Veda Brown. 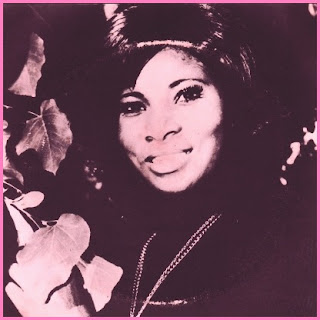 Her first single 'Living A Life Without Love' was released by Stax in May 1972 and was followed by 'I Know It's Not Right (To Be In Love With A Married Man)', recorded like many of her singles at Muscle Shoals, Alabama. In 1973 Veda's third single 'Short Stopping' (written by Mack Rice, Bobby Manuel and Bettye Crutcher, and produced by Henry Rush and John Wesley) became her most successful release, reaching #34 on the Billboard R&B chart. Her follow-up single 'Don't Start Lovin' Me (If You're Gonna Stop)' is described as "one of the heaviest pieces of soul put out by Stax in the 70s", also made the R&B chart, reaching #87 in early 1974. However, Stax Records fell into serious financial difficulties around this time and Veda's contract lapsed. Some of her recordings for Stax were issued by former staff member John Wesley Smith on the small Raken label in 1975 but these were poorly distributed and unsuccessful. In 1977 Larry Robinson paid for Veda's final Memphis session, producing the single 'Play Brother, Play Sister' / 'I Had A Fight With Love' on the Rav Records label. Once again though this single failed to make the charts. Veda called it a day and she returned to Missouri, married James Whitehorn, had a family and worked as a cosmetologist. Throughout the 80s and 90s she became well known as a gospel singer and choir leader, at one time leading a choir of over 100 which won a contest on BET. In the mid 90s she was chosen to participate as a master artist in Missouri's Traditional Arts Apprenticeship Program.

Guilty Of Loving You collects Veda Brown's complete body of work. The 8 sides released on Stax Records, the 8 sides buried in the Stax vault, the 4 sides issued by Raken Records and the final 45 on Rav Records. I'm not entirely sure how Veda Brown fell through the cracks because these 22 cuts are quality! All files chronicled, cleanly tagged and MP3 @ 320kbs. Thanks to original uploaders, enjoy!

Another great one. Thank you.

THANK YOU for the Veda Brown! Did you see I put the dates up for the A La Cartes?
Cheers!
Bill

I did. I wrote a quick thanks at TZ but thanks again!

Hi S13 really looks excellent.My problem is that I have no time to listen to all your nice posts

Thanks for this. I have quite a few of her Stax sides but I'm really looking forward to hearing the others, she was another very underrated artist in the same vein as Judy Clay and Inez Foxx.