The Pazant Brothers made some awesome, obscure and largely instrumental funk recordings between the late 60s and mid 70s. Highly regarded by funk collectors, though they never really made a dent in the market. 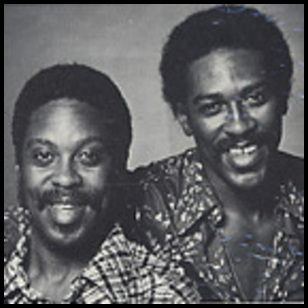 Brothers Eddie (saxophone) and Al (trumpet) Pazant along with their NYC based ensemble struck a relationship with Ed Bland and the group laid down nearly an albums worth of material for GWP Records, almost entirely penned and produced by Bland. These tracks were released via a series a 45s from 1968 to 1970 but shortly after, the relationship with Bland seemingly dissolved and the group's output slowed considerably. From 1971 to 1974 they managed to eke out a few more singles between smaller labels Vigor and Priscilla Records. Some of these recordings are credited to The Beaufort Express and some to The Pazant Brothers but I do believe they are essentially one in the same. As The Pazant Brothers & The Beaufort Express the group signed to Vanguard Records and again working with Bland, releasing their one and only album, 'Loose And Juicy' in 1975. I'm mighty particular about my funk and for the life of me I can't find a sub-par offering from The Pazant Brothers. Spectacular floor fillers that pull subtle tid-bits of both Latin and New Orleans style jazz funk and throw in a heavy helping of urban soul for some real tasty results. Be it one of Bland's many compositions, one of the brothers' originals or a reworking of classic jazz staples, one thing is evident. This stuff is fire!

Back To Beaufort contains 3 folders ... the 2003 Ace Records offering 'Live At The Museum Of Modern Art' which is an amazing performance circa 1971, just prior to the groups Vigor and Priscilla sessions. Another Ace/BGP offering, 'Skunk Juice : Dirty Funk From The Big Apple' released last year. This one is just a limited collection of studio recordings and I've only included it because it also contains an unissued version of 'High Heel Sneakers' and a pair of bluesy live recordings with Betty Barney fronting the band. The remainder of the Skunk Juice tracks are also included in the third folder along with a (near complete*) collection of the groups studio output. The near entirety of those tracks come from yet another Ace/BGP rendering, the 2005 release 'The Brothers Funk: Rare New York City Funk 1969-1975' which has all of the collaborative efforts with Bland, both from the GWP and Vanguard sessions and I've managed to add 6 of the 8 recordings from the Vigor and Priscilla sessions to the lot. All MP3 @ 320kbs. Big, big thanks to the original uploaders and Ace Records for this one, Enjoy!

This blog is way up there!!How do you find the time??
I`m lovin` it.THANK YOU!!

As all ways many many thanks ----Will look out for things on your wants list as that's the very least I can do.Respect to you.

more than just music, an education of music. thank you.

3 secrets ....
I work from home
I don't sleep much
I don't socialize much

Another Great Choice , Thanks !

Thank you. Please continue to discover to us this funk beyond radar

Many thanks for this. I've only recently discovered your fine blog and I'm constantly impressed with your posts and your great attention to detail.

You keep amazing us thank you so much!

I just discovered your blog, how could I have missed out for so long! Looks great. I read your post that you won't be re-uploading files anytime soon, but if you have the time in the future, I would love to catch up on the Pazant Brothers!